Spring Temperature Averages for Every State

The map here shows how spring temperatures compare across the American states. Below the map are the data it's based on.

Plus there's a ranking of states in spring from hottest to coldest.

The temperatures are state-wide averages calculated from temperatures recorded during the months of March, April and May. 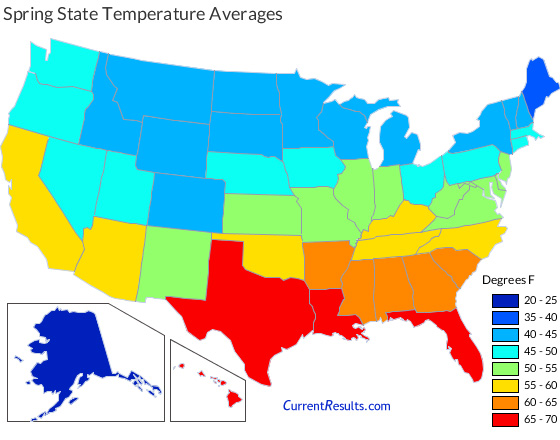 The average temperatures during spring for every state in the US are listed below in degrees Fahrenheit and Celsius. The states are also ranked from the hottest state in spring at number 1 to the coldest state at number 50.