The top ten list of coldest major cities in Europe is a mix of places in Northern and Eastern Europe. The lowest daily maximums belong to Reykjavík, Iceland, which averages just 7 degrees Celsius (44.6 degrees Fahrenheit) throughout a year. Lying not far from the Arctic Circle, Reykjavík is also the northernmost city in these rankings.

Here you'll find lists of major European cities with the coldest climates, along with the chilliest five cities by region: Western, Northern, Eastern and Southern Europe. The ratings are based on the annual average of daily maximum temperatures.

Cities in western Russia, including Moscow and Saint Petersburg dominate the rest of the coldest ten. In fact Ufa, located near the Ural Mountains, has average lows that are nearly four degrees Celsius (7 °F) lower than Reykjavík's.

These weather rankings are for 68 major European cities which include national capitals plus cities with a metropolitan population of over one million people. You can also see the full list of European cities and their temperatures that these ratings are based on.

Even the coldest cities in Southern and Western Europe don't get nearly as frigid as those to the north and east.

In Western Europe, two UK cities top the list of those with coldest climates: Leeds and Glasgow. Leeds, which backs onto foothills of the chilly Pennines mountain range, has cooler days and nights than it's more northerly neighbour. 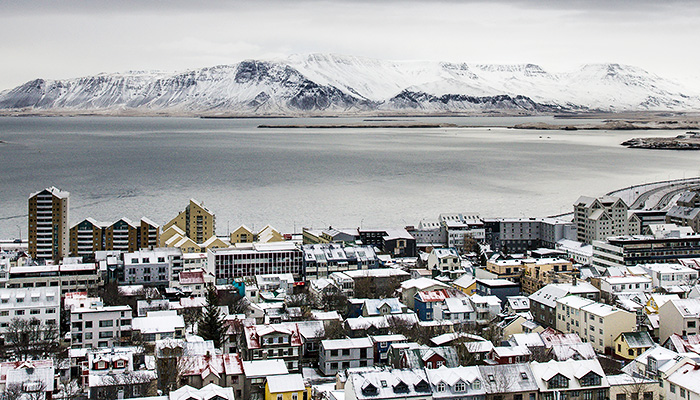