Despite its reputation as a vibrant and friendly place, Glasgow is the least sunny of Europe's major cities, with an average of just 1203 hours of sunshine a year. Glasgow becomes especially cloudy during summer when from June to September it receives less sunshine per month than other European cities.

Here you'll find lists of major European cities with the cloudiest climates, along with the most overcast five cities by region: Western, Northern, Eastern and Southern Europe. The ratings are based on the average hours of sunshine annually.

Surprisingly, another city with relatively little summer sun is Reykjavík, Iceland, which sits at number two spot for Europe's cloudiest cities. Its northern location means Reykjavík doesn't get much sun during the shortest days of winter, and indeed December typically sees 12 hours of sunshine all month. But the city doesn't make up for its winter shortfall during the long days of summer. In June, when daylight lasts 20 to 21 hours a day, Reykjavík averages just over five hours of sun daily. That makes it Europe's second least sunny city in June, after Glasgow. 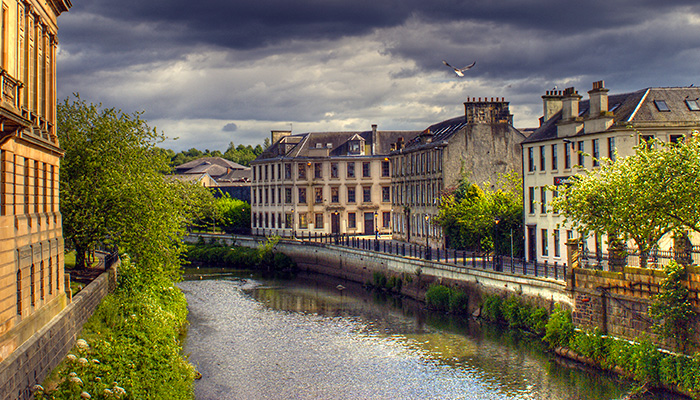