Western Russian cities lead the list of coldest cities in Europe during winter. The most frigid of these is Ufa, where days average highs of -9 degrees Celsius (17 degrees Fahrenheit) and nights drop to a shivering -18 C (0 °F).

Here you'll find lists of major European cities with the coldest climates during winter, along with the chilliest five cities by region: Western, Northern, Eastern and Southern Europe. The ratings are based on the averages of daily maximum temperatures for December, January and February.

Besides Russia, cities in Belarus, Finland and Lithuania round out the rest of winter's ten coldest European cities. For all ten, the thermometer rarely nudges above freezing from December to February.

These weather rankings are for 68 major European cities which include national capitals plus cities with a metropolitan population of over one million people. You can also see the full list of European cities and their monthly temperatures that these ratings are based on.

Outside of northern and eastern Europe, even the coldest cities usually enjoy afternoon temperatures during winter that reach well above freezing. Yet at night their thermometers typically drop low enough for ice and snow to accumulate.

Western Europe's chilliest city by day in winter is Luxembourg, where highs average 3.3 °C (38 °F). The nights, however get significantly crisper in Munich, where lows average -3.1 °C (26.5 °F).

Meanwhile, the coldest cities in Southern Europe, such as Pristina and Sarajevo, get only slightly warmer on winter days than cities in Western Europe. But these southern cities often experience nighttime temperatures that are lower than those farther west. 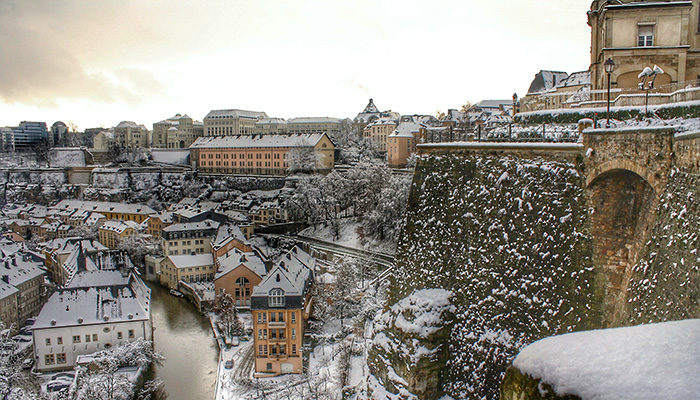