Europe's hottest cities during summer are concentrated in the southeast. These include Athens, Podgorica, Rome and Tirana. On a typical summer day, they all have temperatures that reach above 30 degrees Celsius (86 degrees Fahrenheit).

Here you'll find lists of Europe's major cities with the warmest climates during summer, including rankings for the hottest five cities in Western, Northern, Eastern and Southern Europe. The ratings are based on the averages of daily maximum temperatures for June, July and August.

These weather rankings are for 68 major European cities which include national capitals plus cities with a metropolitan population of over one million people. You can also see the full list of European cities and their monthly temperatures that these ratings are based on.

While Southern European cities dominate the list of ten hottest during summer, some cities to the east and west feel nearly as sweltering.

In Western Europe, cities with top summer temperatures are mainly found in France. Summer days in Marseille, Lyon and Nice typically heat up to the high 20s Celsius (above 79 °F). Similar temperatures also occur to the east in Russia at Rostov-on-Don and Volgograd, along with Bucharest in Romania. 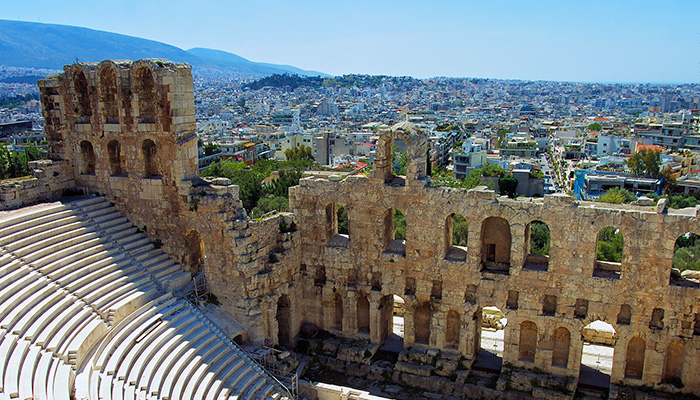 Summers in Athens are hotter than for any other European city.